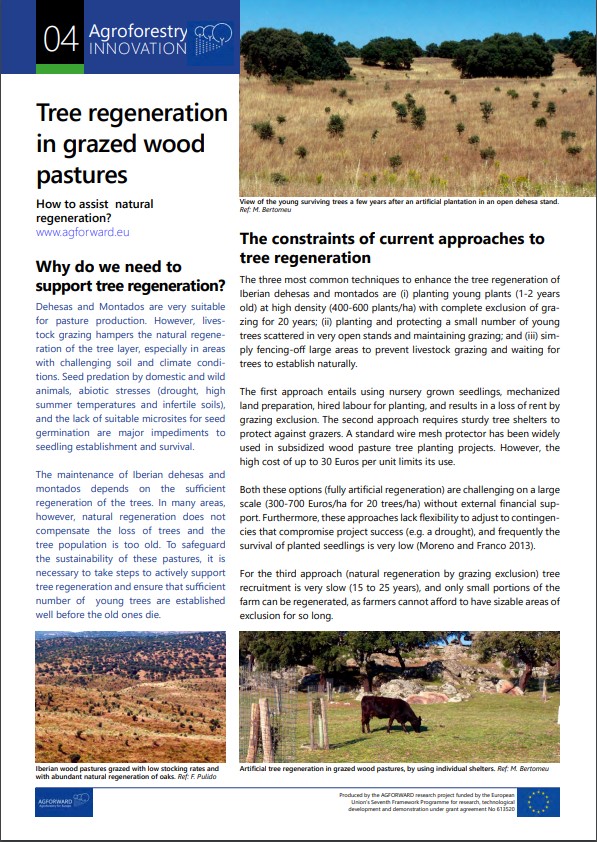 Why do we need to support tree regeneration?

Dehesas and Montados are very suitable for pasture production. However, livestock grazing hampers the natural regeneration of the tree layer, especially in areas with challenging soil and climate conditions. Seed predation by domestic and wild animals, abiotic stresses (drought, high summer temperatures and infertile soils), and the lack of suitable microsites for seed germination are major impediments to seedling establishment and survival. 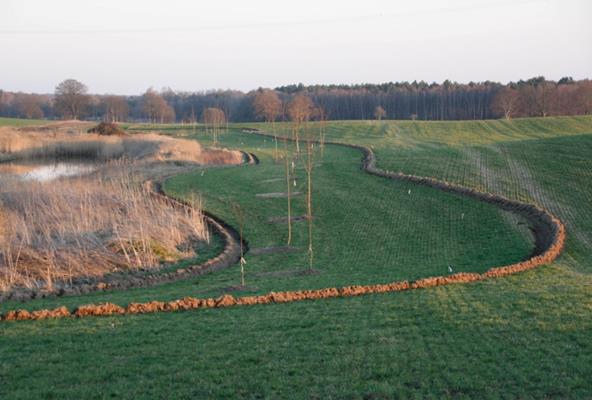 "Juchowo Farm", North-Western Poland
“Juchowo Farm” is a large-scale farm in North-Western Poland near Szczecinek, established in 2000, operating on nearly 2,000 hectares of land. It is one of the best examples of a multifunctional farm in Poland and is a forerunner in the introduction of modern agroforestry practices in this part of Europe.

Patrick WORMS : president of EURAF for the next two years!

Patrick Worms, a Cambridge-educated molecular geneticist, is President of EURAF. He also represents CIFOR-ICRAF  (aka Centre for International Forestry Research and World Agroforestry) to policy makers, donors and corporate partners in Brussels and elsewhere in Europe.

Patrick’s interests sit at the nexus of land restoration and human security. He is convinced that marrying traditional and advanced knowledge is the most promising pathway to rural prosperity, a giant help to mitigate our impact on biodiversity and the atmosphere and, tantalizingly, peace in a warming world.

Patrick has been active at the science-policy interface since the late 1980s, with a start teaching biology in the Hindu Kush. As a young European official, he pioneered a new way of using communications to deal with the environmental legacy of communism across the former Soviet Union before leaving for the private sector and engaging with the disastrous environmental legacy of China’s Great Leap forward, an effort which became the first large-scale private-sector investment in tree planting for watershed remediation in that country. His career has been varied; amongst the highlights were a role helping ESA, the European Space Agency, develop its Vision for Human Spaceflight, and helping the Republic of Georgia defend itself against Russian aggression in 2008.

Patrick is also a Trustee and treasurer of IUAF, the International Union of Agroforestry; a member of the Steering Committee of International Land Lives Peace, which works at the interface between land degration and conflicts; a Senior Fellow of the Global Evergreening Alliance; and a member of several advisory boards. He is the very happily married father of four children ranging from 4 to 29 years old and lives in Waterloo, Belgium. He is particularly proud of the fact that between them, his wife, his children and he speak nine different languages.