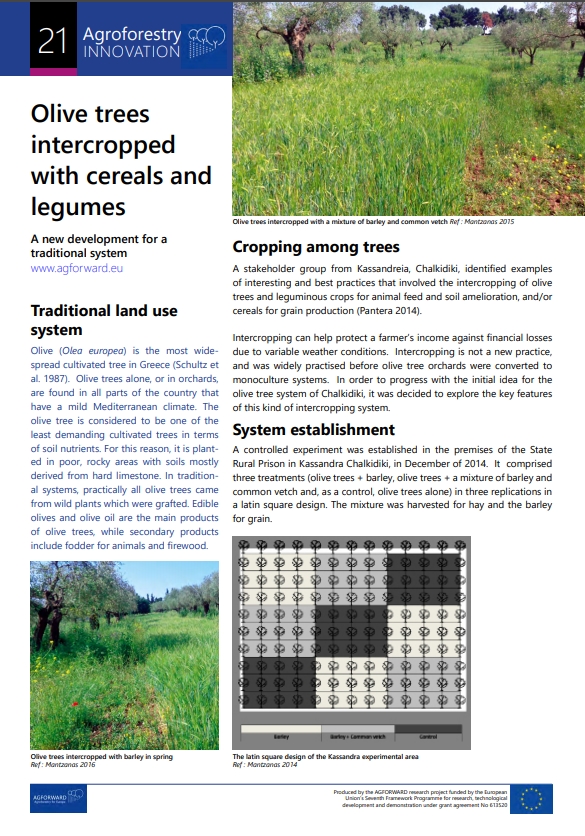 Olive (Olea europea) is the most widespread cultivated tree in Greece (Schultz et al. 1987). Olive trees alone, or in orchards, are found in all parts of the country that have a mild Mediterranean climate. The olive tree is considered to be one of the least demanding cultivated trees in terms of soil nutrients. For this reason, it is planted in poor, rocky areas with soils mostly derived from hard limestone. In traditional systems, practically all olive trees came from wild plants which were grafted. Edible olives and olive oil are the main products of olive trees, while secondary products include fodder for animals and firewood. 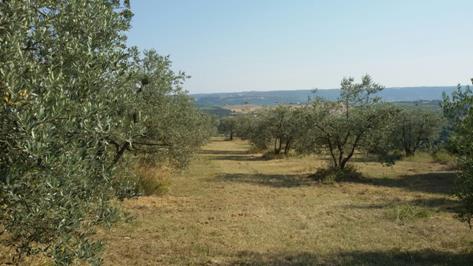 Lobbying in Brussels for Agroforestry

One of the missions of EURAF is to advocate for agroforestry in European institutions and we are very active in that aspect. EURAF is participating in different European Union bodies linked to the European Commission but also work with the European Parliament.

Within the European Commission, EURAF is part of different civil dialogue groups (CAP, Rural Development, Environment and Climate Change, Forestry and Cork, Direct Payments and Greening, Arable Crops and Organic Farming ) EURAF is also involved in the ENRD and in the ESIF bodies.

Within the European Parliament several meetings have been organized to show the benefits of agroforestry practices in Europe. In  the last one, over eighty people from across Europe attended a successful agroforestry meeting at the European Parliament on 29th November 2017. The meeting entitled “1 + 1 = 3” was hosted by MEP Paul Brannen and comprised presentations of the results of the AGFORWARD project and a discussion panel.

The presentation of the results of the AGFORWARD project started with the presentation of Paul Burguess, co-ordinator of the AGFORWARD project. Paul Burguess (Cranfield University) explained how agroforestry is boosting the revenue and resilience of Europe’s farmers. Other presentations were “Agroforestry: debating the future (and present!) of our farming” carried out by Fabien Balaguer (French Agroforestry Association) and “How can policy support the uptake of agroforestry in Europe?” by María Rosa Mosquera-Losada (University of Santiago de Compostela and current president of EURAF).

The meeting concluded with a reception in which all those present continued to discuss the best ways to boost the agroforestry throughout Europe.