Trees and crops: making the most of the space - Managing the tree understorey for increased food production and biodiversity 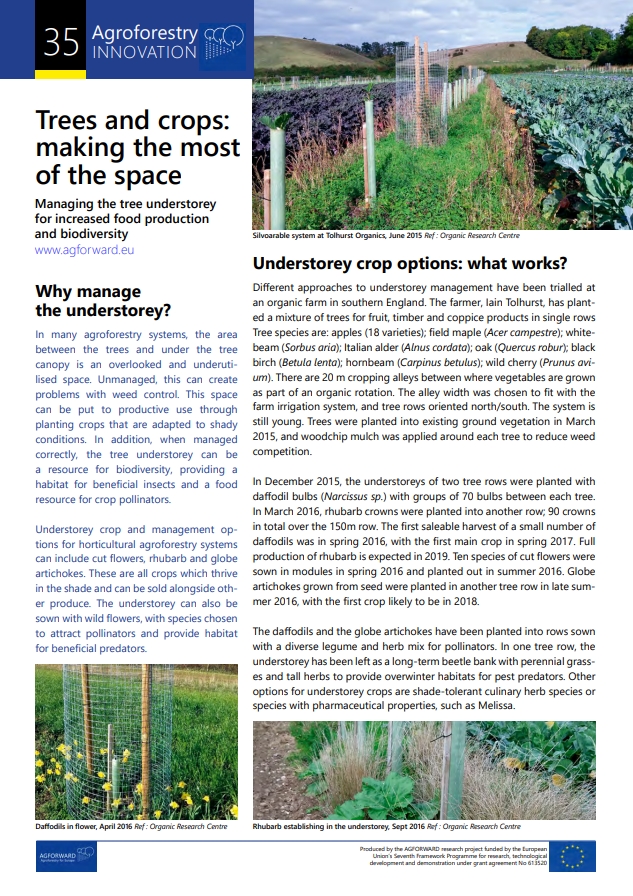 Why manage the understorey?

In many agroforestry systems, the area between the trees and under the tree canopy is an overlooked and underutilised space. Unmanaged, this can create problems with weed control. This space can be put to productive use through planting crops that are adapted to shady conditions. In addition, when managed correctly, the tree understorey can be a resource for biodiversity, providing a habitat for beneficial insects and a food resource for crop pollinators. 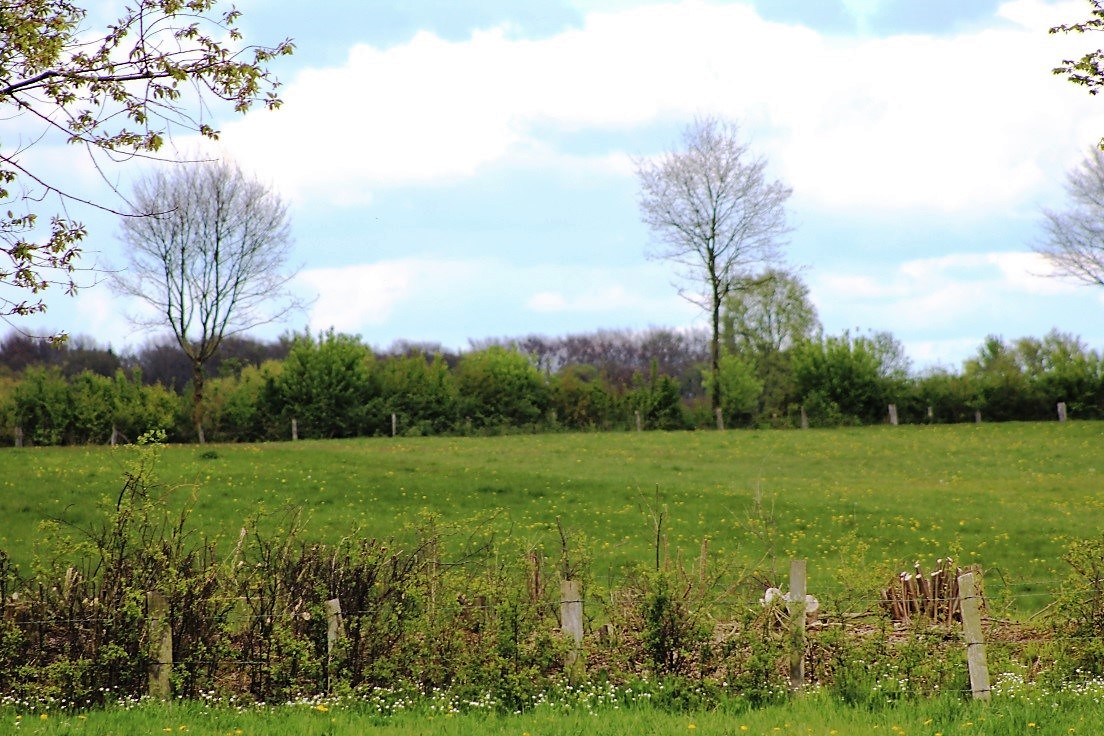 "Rindergilde Geesthacht" and "Family Farm Staggen"
The two featured farms are both based in the federal state of Schleswig-Holstein - Germany’s most sparsely wooded federal state, located between the Baltic and the Northern Sea in Northwestern Germany. In 2017, both farms won an award for their well-maintained ‘Knicks’.

Pdf version of this newsletter

The year 2017 is full of new activities for agroforesters, AGFORWARD will end with a Parliamentary Session and AFINET starts with many innovations to be identified to foster agroforestry use among European farmers in Europe.

The beginning of the year was intensive and several meetings were held in Brussels. Dario Arias Martínez and José Javier Santiago Freijanes were present in the Civil Dialogue Group on Arable Crops and in the Innovation Sub-Group of the Rural Development Program where some Focus Groups will be launched involving agroforestry practices such as those related with "New practices and tools for climate adaptation and mitigation in forests" (i.e. silvopastoralism to prevent forest fires), "New grazing methods" (i.e. Morus spp use as fodder), "Mitigation practices in arable farming" (i.e silvoarable practices), "Horticulture and circular economy" (i.e. homegardens) and "New ways of producing and using energy at farm level" (i.e. use of woody component to increase biomass production and biomass). The LEADER/CLLD Sub-Group of the European Network for Rural Development, highlighted also the importance of fostering innovation, based on case of success but also considering failures and the needed connections with the EIP-Agri with operational groups and thematic networks such as AFINET. Transnational cooperation was also discussed among Local Action Groups (LAGS) and Community-Led Local Development (CLLD). National activities were also important as the French president Mr. Hollande was visiting agroforestry plots following the explanations of Alain Canet (EURAF National Delegate for France).

Centro de Estudos Florestais research center (CEF), of the School of Agriculture from Lisbon University, completed 40 years in the year 2016. The International Conference that closed the CEF 40 years’ celebrations on the subject "New Challenges for Forest Research" was held in Lisbon on the 26th and 27th of January. The president of EURAF, María Rosa Mosquera-Losada attended the conference and made a presentation titled “Agroforestry: innovative sustainable land use system” that was included in the session dedicated to “New challenges for forest research”. The speakers of the conference presented several topics concerning: 1) The science and innovation framework, 2) Results applied and expectations from research, 3) Strategies for forest research, 3) The next researchers, 4) New challenges for forest research, 5) Developing a research career, 6) Past experiences, new directions and 7) Frame working forest research. 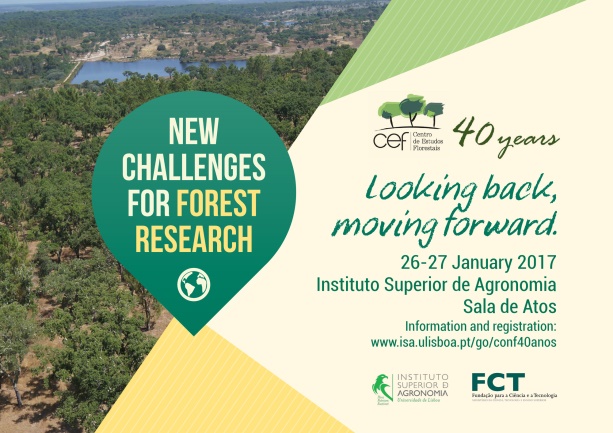 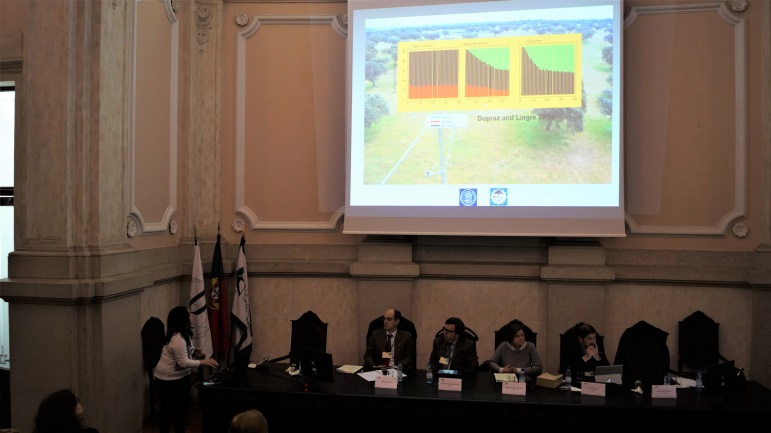 Figure 1: On the left, poster of the conference (Design: Ágatha Kretli, Photo: Sofia Cerasoli) and on the right, María Rosa Mosquera-Losada during her presentation (Photo: António José Soares).

On 15th December 2016 an OSA kick-off seminar was held in the Institute of Soil Science and Plant Cultivation – State Research Institute (IUNG-PIB) in Puławy. The co-organisers of the meeting were OSA and Polish Agronomy Association’s Branch in Puławy. The seminar was devoted to issues related to silvopastoral systems. Dr Robert Borek (EURAF National Delegate for Poland) gave a lecture on “Animal production as an element of a sustainable intensification of agriculture in Poland on soils of low agricultural suitability”. The invited guests: Mr Zygmunt Sowul, farmer from Podlaskie voivodship, and Mr Sławomir Jurak, Director of the Kępa-Puławy Experimental Farm of IUNG-PIB, presented practical aspects of beef cattle breeding on wooded areas. During the discussion, it was constantly underlined that sheep and beef cattle farmers in Poland receive insufficient support, in spite of existing programmes for rebuilding these sectors. It was stated that extensive breeding of the abovementioned animals may constitute a substantial source of revenue for Polish farms with large areas of pastures and woodlands. 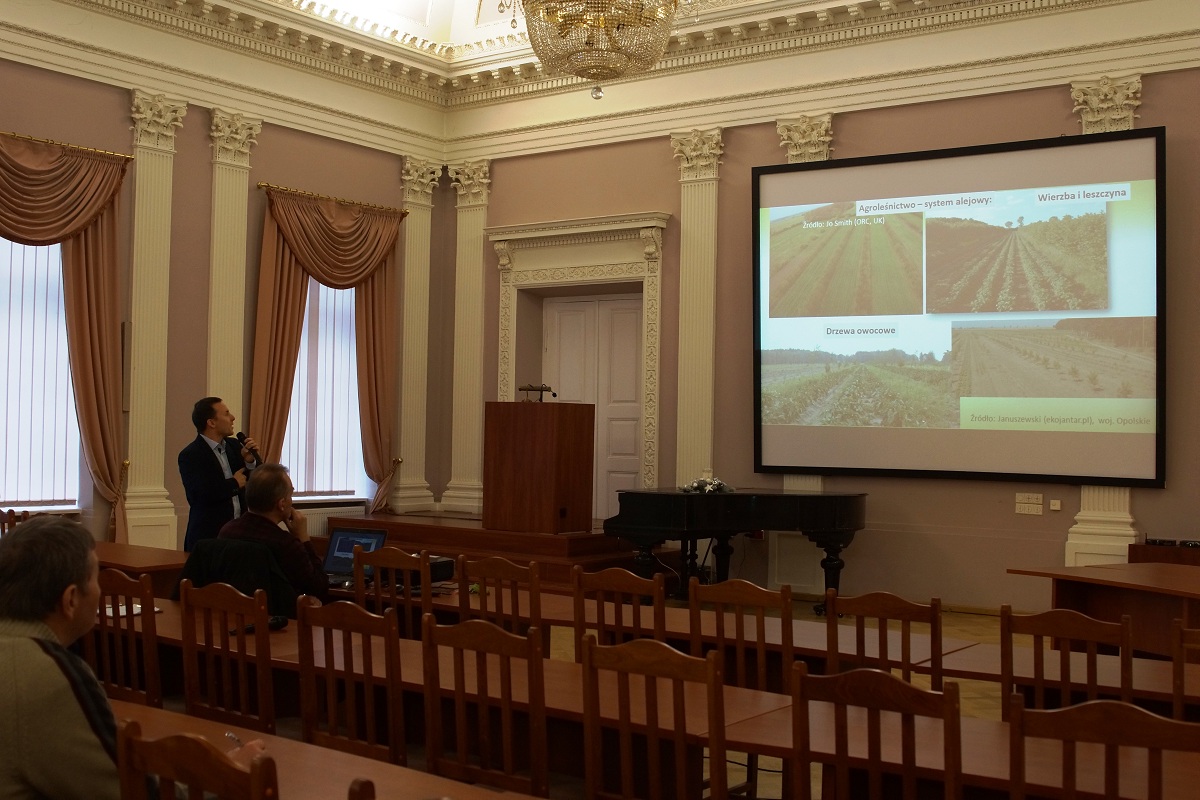 Figure 2: Some pictures taken during the event.

“Zsörk” is a diversified territory of small (from 0.1 to 1 ha) used-to-be family farms. The whole stretch is 75 ha, framed by a thin forest belt. The small farms had served as fruit orchards, pastures, arable farmlands, or family farms with different parts of different functions (garden, orchard, vinery, corn field, woods). Most of the plots had been abandoned for decades by the time farmers started their project. Arable farming had still been taking place on a few patches, altogether on about a quarter of the territory.

The abandoned orchards and gardens still boast of old trees of native fruit species, while the land is being reclaimed by nature. The natural vegetation, characteristic of the local landscape, including wild species of fruits, herbs and spices, went unmanaged and undisturbed for a long time, thus natural habitats are preserved. Fortunately, aggressive weeds are not pullulated, also due to the relatively high biodiversity of the land, apart from solidago, which will hopefully be ploughed out completely in a few years by frequent mowing.

The attention to agriculture by the farmers grows from their interest in how industrial scale agriculture based on monocultural crop farming affects nature, food quality and society. As self-educated farmers, they are looking for alternatives and possibilities to produce food while conserving biodiversity, natural values and habitats.

The dream of the farmers is to create an edible forest garden by rediscovering ancient farming methods based on traditional and local knowledge, combined with principles of permaculture, forest farming and high nature value agroforestry, using natural resources with minimal intervention to natural processes, and shape the environment in a way that favours the proliferation of edible or otherwise useful crops. 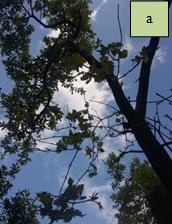 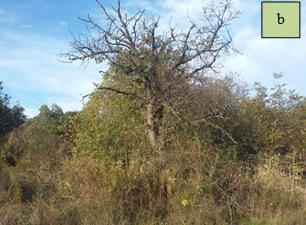 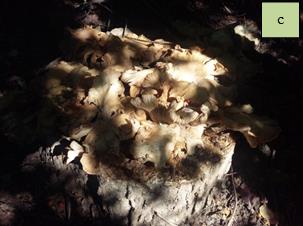 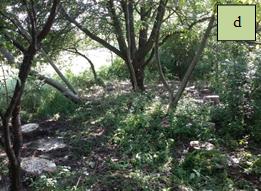 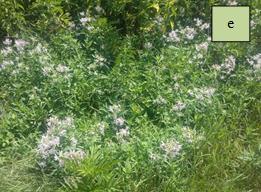 The kick-off meeting of the "Agroforestry Innovation Networks project", AFINET, was held last 16-17th February in Lugo (Galicia, NW Spain), with a field visit to the Bosques Naturales farm. Agroforesters from nine countries including Belgium, Spain, The Netherlands, UK, France, Italy, Poland, Finland, Portugal and Hungary, with the participation from EURAF, met to discuss how the regional innovation groups will be constructed to develop useful information to help agroforestry farmers to establish and improve their agroforestry systems. A repository and an easy-to-use tool will be developed in different languages to support farmers knowledge exchange. The participation of an excellent Advisory Board composed by the five times Doctor Honoris Causa (Ghana, Japan, Canada, Spain and Germany) Professor PK Nair together with a soil agroforestry expert (Professor Vimala Nair), a Greek agroforestry expert (Professor Anastasia Pantera) and a Policy expert (Mr. Eloy Villada) indeed fostered the ideas and concept to be developed by the consortium. Next meeting will be held in the Organic Research Center (Newburry, Berkshire, UK) in June, joining the Agroforestry Conference: improving productivity for farmers and foresters, with a special session allocated to farmers. 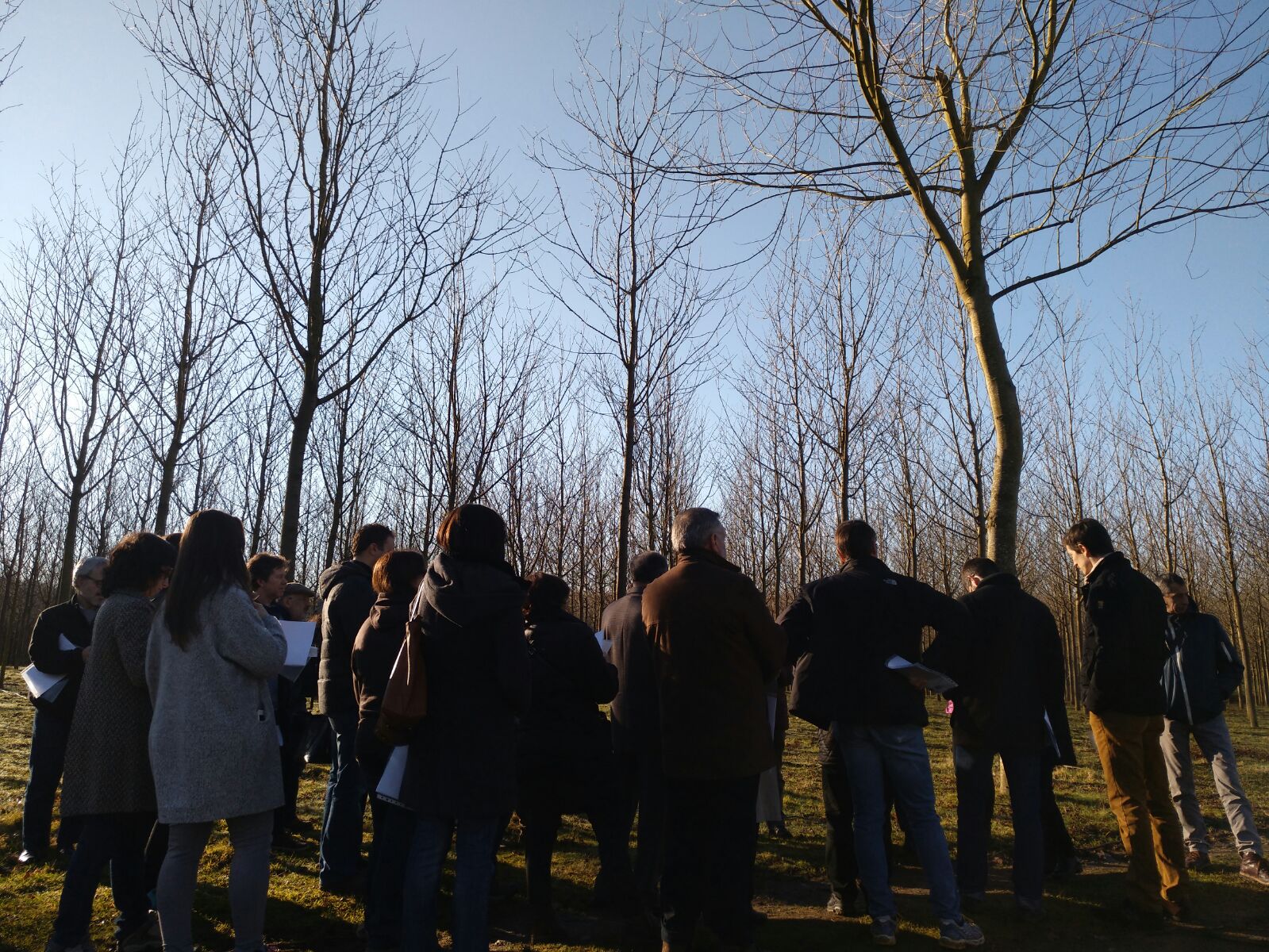 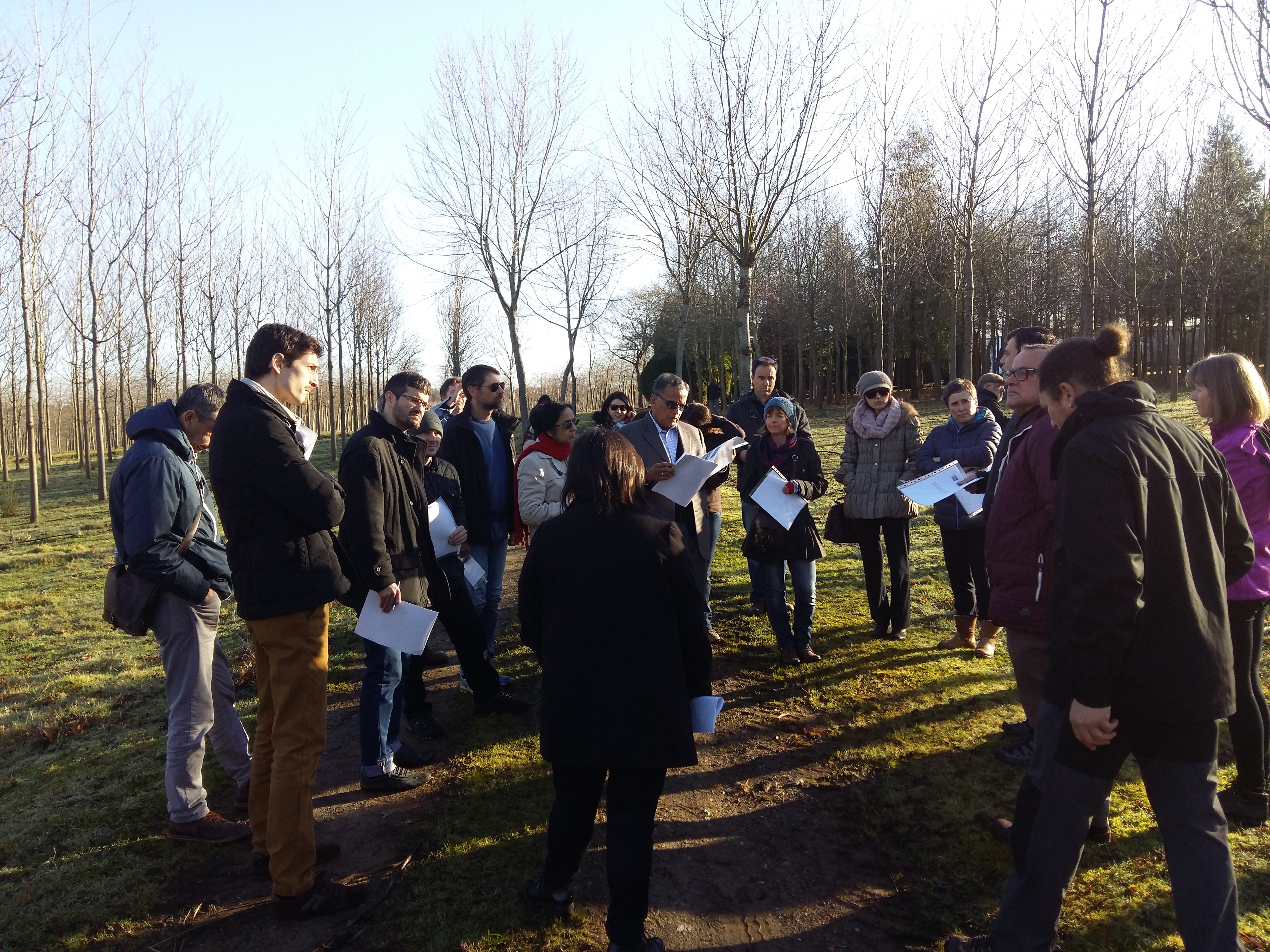 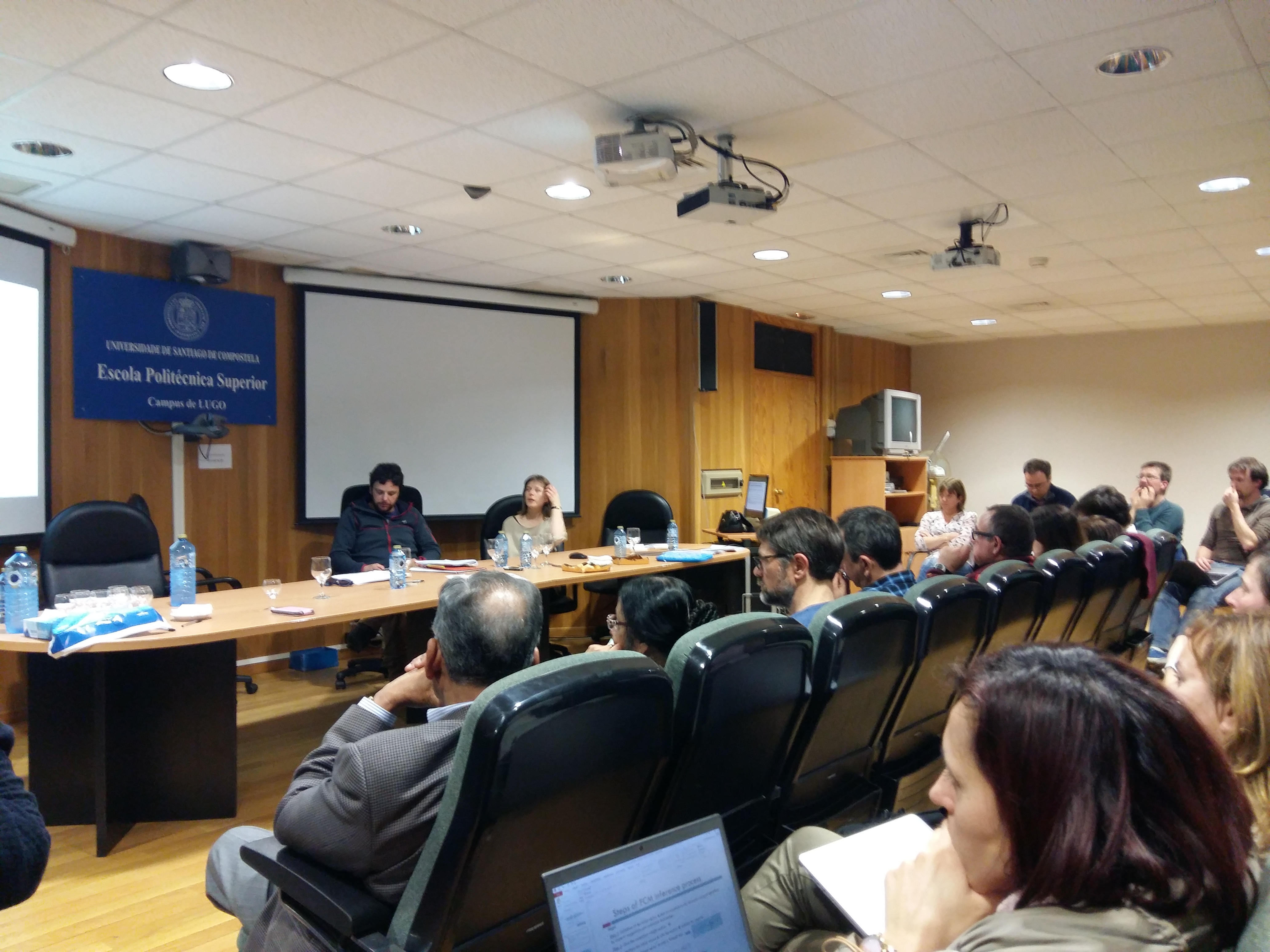 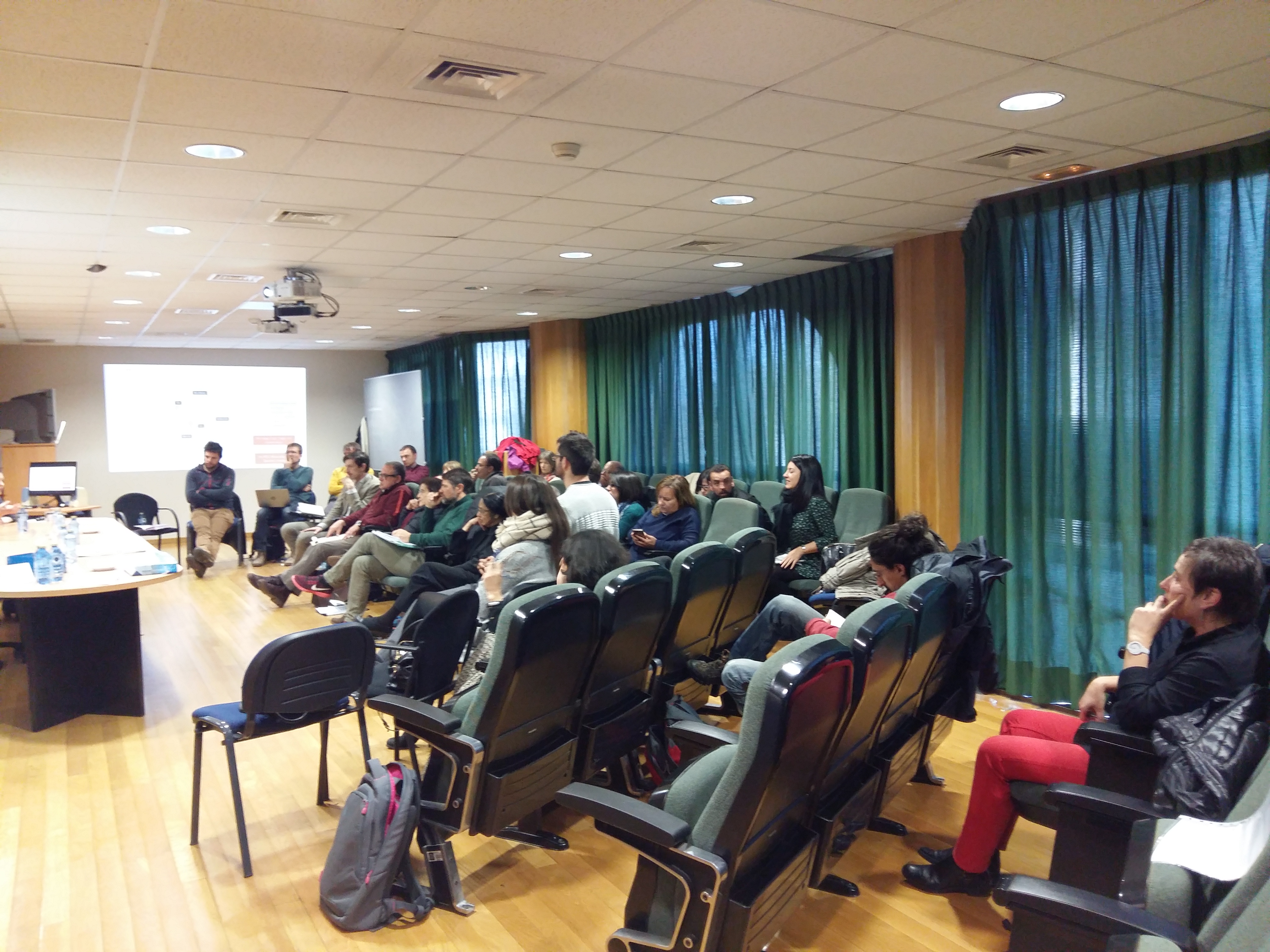 Figure 4: Pictures taken during the kick-off meeting of the AFINET project.

All citizens and organisations are welcome to contribute to this consultation. Contributions are particularly sought from research funders, researchers, industry, entrepreneurs, innovators and all types of organisations that have participated in Horizon 2020 and in calls for proposals published by the Art.185 initiatives in particular. The objective of the consultation is to collect information from a wide audience on different aspects of the design and implementation of the Art.185 Initiatives operating under Horizon 2020 or FP7.

While the future of the CAP is already debated in various instances, the process will include a broad consultation and an impact assessment. The goal is to summarise available evidence on the performance of the CAP so far, draw lessons from the implementation of the latest reform, have a structured dialogue, confirm what the current difficulties are, and anticipate needs for modernisation and simplification of the CAP.

The 19th European Grassland Federation (EGF) Symposium will take place in Sardinia, Italy, during 7th - 10th May 2017. The title of the Symposium is “Grassland resources for extensive farming systems in marginal lands: major drivers and future scenarios". More info here.

International Congress on Cork Oak Trees and Woodlands: conservation, management, products and challenges for the future

The International Congress on Cork Oak Trees and Woodlands: conservation, management, products and challenges for the future will take place in Sardinia, Italy, during 25th - 26th May 2017. This event is part of the activities of the regional research project “Multifunctional role of Cork Oak Forests” and will coincide with the 3rd National Congress of Cork. More info here.

The 15th North American Agroforestry Conference will take place in Virginia, USA, from 27th to 29th June 2017. The title of the Conference is “Agroforestry for a Vibrant Future: Connecting People, Creating Livelihoods, Sustaining Places”. The Conference is for agroforestry producers, researchers, educators and those involved with related work in the fields of permaculture and agroecology. More info here.

The 15th International Conference on Environmental Science and Technology will take place in Rhodes, Greece, during 31st August - 2nd September 2017. An Agroforestry session is organized within the conference. More info here.

The International Union of Forest Research Organizations (IUFRO) is organizing its 125th Anniversary Congress “Interconnecting Forests, Science and People”. The congress will take place in Freiburg, Germany, from 19th - 22nd September 2017. The Congress will include an agroforestry session “Agroforestry - the future of land use management?”. More info here.

The 2nd European Symposium on Pollarding will take place in Basque Country, France, during 1st – 3rd March 2018. Call for contributions will be open soon.

The 4th European Agroforestry Conference will take place in Nijmegen, Netherlands during 28th - 30th May 2018. More details to follow in due time.

This newsletter is carried out in collaboration with the European AGFORWARD and AFINET Projects.

Pdf Version of this Newsletter